Yesterday Essa Camara, Momodou Ceesay, Harouna Bojang and I traveled from the Banjul-area to Essau and Kerewan. We got a late start (6pm) since we were waiting until work at GPPC had finished for the day. The work week is from Monday through Thursday and so leaving on Thursday gives us 3 days up country without disturbing work commitments.

The ferry crossing to Barra took a couple of hours since the ferries are traveling extremely slowly through the water. Catching the 6pm ferry we were able to cross by 8pm.   I have been on this crossing in the past and it has lasted 40 minutes. As an overloaded ferry, it was both unnerving and uncomfortable. I was in a very comfortable vehicle and not sitting on the side of a car for those many hours as many Gambians with small children were. I was lucky. 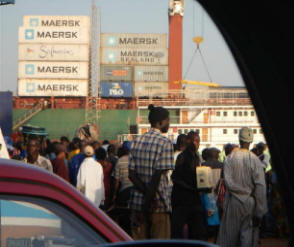 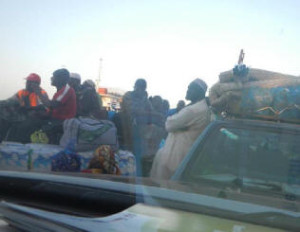 By the time we got to Essau it was dark. I had promised Fatou Saidy and her family I would see them during this trip – i.e. see them at their compound. After several calls to locate them, I found them waiting by the side of the road near their compound entrance. Because of the late hour and our commitment to meet the villagers of Kerewan, we could not visit more than 15 minutes. It was sad to go after such a short stop. Present in the compound were elderly women, Fatou, Mariama, Fatou Joof (a former  education student, now librarian) and many small children supported by this compound of women.

We reached Kerewan at about 10pm. Many of the villagers were expecting us during the day – a miscommunication, and so we were only able to meet with the key members of the Village Development Committee (VDC). There were about 25 people crammed into a small, very hot room – many women were crouched down on a small blanket laid out on the floor. Many elderly men sat in chairs along the room’s perimeter. 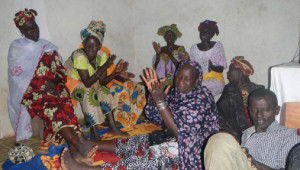 Women sitting in the crowded room 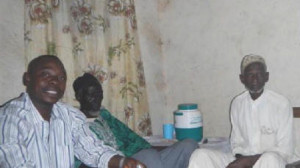 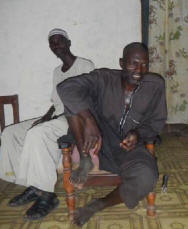 I was given the history of the development of Kerewan. The VDC chairperson told me that the village is made up of & Cabulos, or families. The Ceesays provide the Imams of the village while the Fattys provide the Akalos.  The names are: Ceesay (Imams), Fattys (Akalos), Hydaras, Jawara, Banta Su, Ma Jawara Kunda, and Samusa Kunda. Each Cabulo selects a member to the VDC. This prevents the committee from being dominated by any particular family or tribe. He further stated that if the VDC becomes dysfunctional, then the VDC is dissolved and the Cabulos are again assigned the task of sending a representative to the VDC. 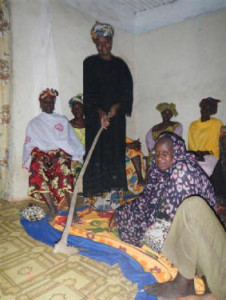 iWoman showing me the garden implement used to tend to the rice field.

The way in which the village selects community projects is democratically based. The VDC Chair stresses this fact and makes sure that there is no monopoly based on family affiliation or tribe.

The VDC group had been informed of the purpose of our visit the day before our arrival. This gave the committee time to discuss amongst themselves which projects were most important to their development.   A list of the projects they discussed

I described our work and our limitations given our capacity. I described our process of funding projects [25% of costs supported by beneficiary community] and they said that is how they have been doing projects for many years. At the end of our meeting, prayers were given and the women started to sing about Toubabs (White people) in 3-part harmony.

By the time the meeting ended it was 11:30PM.  Momodou Ceesay took us to the Badala Lodge for the night. We took 3 bungalows and asked the proprietor to leave the generator on until 3:00AM. I was wide awake after the long meeting and stimulating conversation so having the generator on was nice – plus the fan worked!

The following are some photos taken of the children as we arrived in Kerewan – some are related to Momodou: 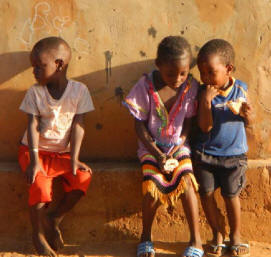 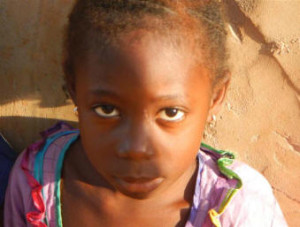 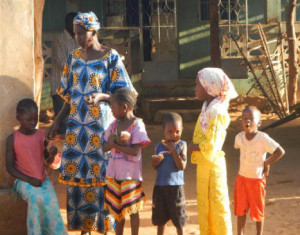 During our visit in Kerewan we also met the Imam – Imam Ceesay. He posed with his robes on and as we sat listening and receiving prayers, this small child peeked in to greet her father, the Imam. 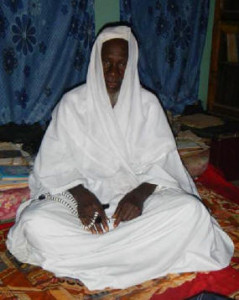 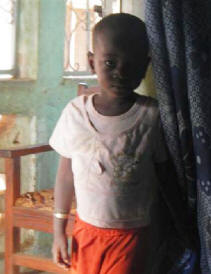 The Badala Lodge was reasonable in terms of cost and provided us a clean, safe place to sleep for the night. Some pictures below capture our surroundings and the lodge amenities. 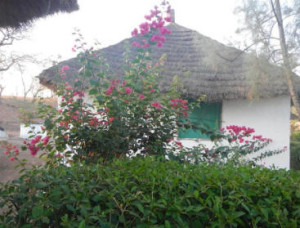 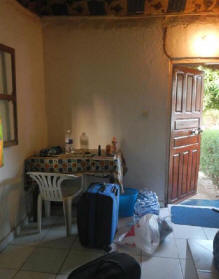 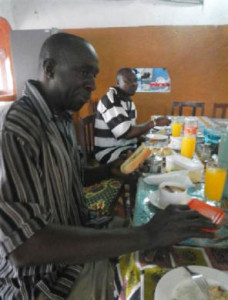